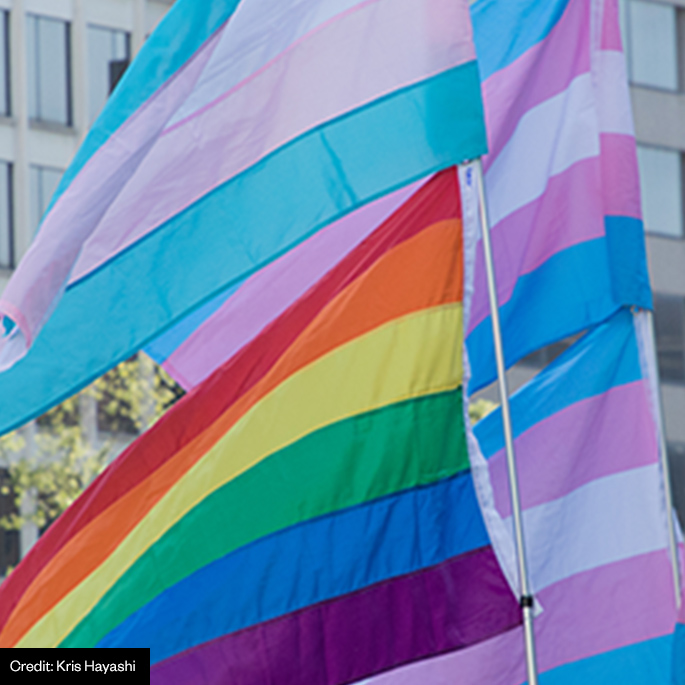 On the 50th anniversary of Stonewall, how far have we really come?

A message from Kris Hayashi, Executive Director of the Transgender Law Center.

This Pride month marks the 50th anniversary of the Stonewall rebellion. I wish I could celebrate how far we’ve come from the days when we were killed and rounded up by the police because of who we are.

But I can’t, because – at least for transgender people of color – it’s not true.

This Pride Month has been one of the deadliest and devastating Pride Months of my life. Since May, at least seven Black transgender women have been murdered across the United States. One, Layleen Polanco Xtravaganza, died in New York City Department of Corrections custody. On the very first day of Pride Month, Johana Medina Leon, a transgender woman from El Salvador who was held for weeks by Immigration and Customs Enforcement, died shortly after being released to a hospital. She died almost exactly one year after Roxsana Hernandez, a transgender woman from Honduras, was killed by the inhumane policies of U.S. Customs & Border Protection and ICE.

Through its policies and rhetoric, the United States government is responsible for the violence against us. There is no Pride in our country killing and caging us. 50 years ago, transgender people of color rose up against state violence. But the truth is Stonewall never ended. Stonewall is now.

We at the Transgender Law Center have partnered with Familia: Trans Queer Liberation Movement, the Black LGBTQIA+ Migrant Project, Mijente and other groups to demand accountability under the banner #StonewallIsNow. We need real, concrete investment in transgender communities and trans-led organizations. We need to end discriminatory policing that profiles transgender women and Black communities for arrest and abuse. We need to close migrant prisons that are torturing and killing trans people simply seeking safety.

From our lawsuit seeking justice for Roxsana to our work building the leadership of trans people of color across the country, we at the TLC are doing all we can to keep trans folks alive, thriving and fighting for liberation. Join us with a donation, by mobilizing through #StonewallIsNow and showing up for trans people of color this Pride Month.